Is Weight Loss Possible After IUD Removal? 15 Things to Know 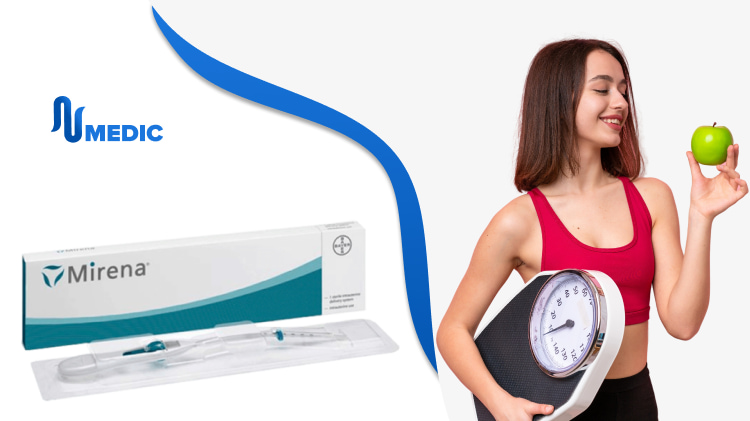 Contemporary medicine is aware of numerous birth control methods. These days, patients might choose between pills, condoms, injections, patches, rings, and a wide range of other things helpful in preventing pregnancy. Probably one of the most popular methods of birth control is the insertion of an IUD (or, as it is also called, an intrauterine device). It is characterized by exceptional convenience, high effectiveness, and long-lasting duration.

At the same time, however, there exists a thought that the usage of an IUD promotes weight gain. Is it really so? Is weight loss possible after you remove an IUD? Let’s figure it out together by going through the below-mentioned information!

About Birth Control with an IUD in a Nutshell

Before delving into a discussion of the impact an IUD has on weight changes, how about taking a closer look at the notion of an IUD itself? Let us talk about the definition, main types, working principle, and key benefits of it right away!

An IUD (an intrauterine device) is a convenient, effective, and long-lasting method of birth control that assumes an insertion of a special T-shaped device into a patient’s uterus in order to protect them from unplanned pregnancy. 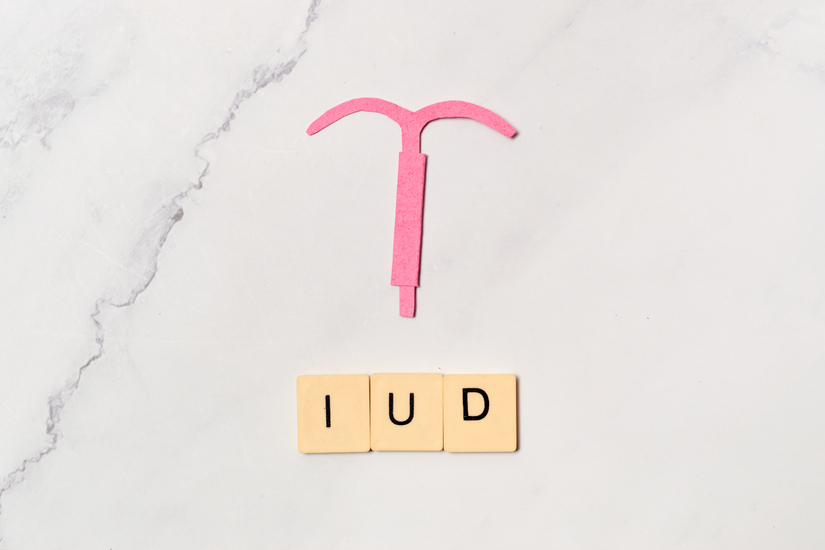 Worth knowing: An IUD is considered to be a LARC birth control method, which means that it is a long-acting but at the same time reversible contraceptive that does not require any extra effort from a patient’s side.

A non-hormonal IUD employs a chemical element of copper as its active substance. Therefore, it is oftentimes called a copper IUD. While protecting a patient from unplanned pregnancy without employing hormones, a non-hormonal birth control device is exceptionally safe.

Worth knowing: The most well-known and the only approved in the US brand of non-hormonal IUDs is ParaGard. It is manufactured in the US by The Cooper Companies, Inc.

A hormonal IUD, in its turn, employs levonorgestrel, which is a progestin hormone, as its active substance. It constantly increases a patient’s hormone levels and, therefore, effectively protects a patient from unplanned pregnancy.

Worth knowing: Four main brands of hormonal IUDs available in the US are Liletta, Kyleena, Mirena, and Skyla. They primarily differ in size, duration of action, and amount of released hormone.

The working principle of both non-hormonal and hormonal intrauterine devices is pretty similar. It assumes the administration of a tiny T-shaped device into the uterus of a patient.

It is also important to know the useful information that we have collected in the article IUD Cramps: Why Do You Get Them and What to Do? A very clear and structured description will help you learn what it is and how to act in such cases.

Worth knowing: The procedure of an IUD insertion (as well as IUD removal) should be performed exclusively by a certified healthcare provider with a valid medical license. It is prohibited to get an IUD inserted on your own.

At the same time, however, the working principle of a non-hormonal and hormonal IUD is not identical, namely:

Among the key benefits of planned parenthood with the help of intrauterine devices (no matter whether we are talking about copper IUDs or hormonal IUDs) are:

15 Things to Know About Weight Loss After IUD Removal

After figuring out what an IUD is, how about taking a closer look at the way it is related to weight changes? When being more precise, let us find answers to the fifteen most important questions related to weight loss after the removal of an IUD.

#1. What Are the Most Common Side Effects While Using an IUD?

In some cases, the usage of an IUD might be followed by several side effects. Here is the list of the most common ones:

#2. Does the Usage of an IUD Make You Gain Weight?

Sometimes, the usage of an IUD might lead to weight gain. At the same time, however, it is essential to mention that this side effect might more likely be caused by a hormonal intrauterine device (for instance, a Mirena IUD).

As has already been mentioned above, different types of IUDs influence weight changes differently. While hormonal intrauterine devices might make a patient become slightly heavier, non-hormonal ones do not list weight gain as their common adverse reaction.

#4. Is There a Brand of IUDs That Does Not Impact Weight Changes?

A ParaGard IUD does not lead to hormonal imbalance. Therefore, patients who use it to protect themselves from unplanned pregnancy do not usually experience weight gain or loss.

#5. How to Prevent Weight Gain While Using an IUD?

To prevent weight gain during the usage of an IUD, patients should stick to a healthy lifestyle. Namely, they should adhere to a balanced diet, as well as add physical activity to their everyday routine.

#6. When Should You Remove an IUD?

A patient might remove an IUD at any convenient time by simply scheduling a follow-up appointment with their healthcare provider. Among the most common reasons to do so are:

#7. How Does the Procedure of an IUD Removal Look Like?

The procedure of an IUD removal is pretty quick and simple. It has to be performed by a certified healthcare provider with the help of a speculum and ring forceps. The whole process usually lasts only several minutes.

Worth knowing: According to recent statistics, some patients claim to experience mild pain after a Mirena removal. However, it might be easily reduced with the help of pain-killing medication.

#8. Is It More Likely to Lose or to Gain Weight After Removing an IUD?

Both weight gain and weight loss might occur after the removal of an IUD. Basically, it all depends on the way an intrauterine device has been affecting a patient’s body. Here are the two possible scenarios:

Worth knowing: In most cases, patients have neither been gaining nor losing weight after the removal of an IUD. A vast majority of them claim to experience the so-called weight plateau after the usage of an intrauterine device.

#9. How Much Weight Can You Gain or Lose After Getting an IUD Removed?

Due to the fact that the removal of an IUD promotes neither weight gain nor weight loss, there is no direct answer to the question of the amount of weight that might be gained or lost after the removal of the device. Weight change in this situation is very subjective and depends on each individual case.

#1o. Can You Lose Weight After Getting your IUD out?

Despite the possibility of weight plateau after the removal of an IUD (especially the one based on hormones, for instance, a Mirena IUD), a patient might lose weight even within a very limited time frame.

#11. How Long Does It Take to Lose Weight After IUD?

Since there is no direct connection between weight changes and IUD removal, it is impossible to say how long it might take to lose weight after getting an IUD out. While some patients might lose kilos pretty quickly, others might not experience weight change at all.

#12. How to Promote Weight Loss After Getting an IUD Removed?

To promote weight loss after getting an IUD removed, it is important to eat healthily and exercise regularly. Just in case these methods do not work, it is recommendable to consult with a healthcare provider.

#13. How Long Does It Take for the Effects of an IUD to Disappear After Its Removal?

It might take some time for the effects of an IUD to disappear after its removal. No matter whether you have been using a copper IUD or a hormonal IUD, such side effects as mild pain or irregular menstrual cycle might last for several weeks after a healthcare provider has taken the device out.

#14. Is It Necessary to See a Doctor If Your Weight Changes After the Removal of an IUD?

If you experience a slight weight change after the removal of an IUD, there is no reason to worry. However, if your weight has drastically increased or lowered (by more than ten percent) without any changes in your usual lifestyle or diet, it is strongly recommendable to see an OB-GYN doctor.

#15. What Other Side Effects (Except Weight Change) Can You Notice After the Removal of an IUD?

After the removal of an IUD, a patient might experience one of the following side effects:

In most cases, each above-mentioned side effect is temporary and does not require any medical help. However, make sure to contact your healthcare practitioner in case of experiencing any adverse reactions for more than a week after the removal of an IUD since they might serve as warnings that something is going wrong (for instance, heavy bleeding after a Mirena removal might indicate a Mirena crash during the procedure).

All in all, the usage of an IUD is an exceptionally convenient, effective, and durable method of birth control. Naturally, its removal might lead to weight loss. At the same time, however, there is no direct connection between these two processes since everything is individual. So, feel free to contact your healthcare provider and discuss the peculiarities of IUD usage in your particular case. Stay healthy at all times and take advantage of planned pregnancy!

Is Weight Loss Possible After IUD Removal? 15 Things to Know 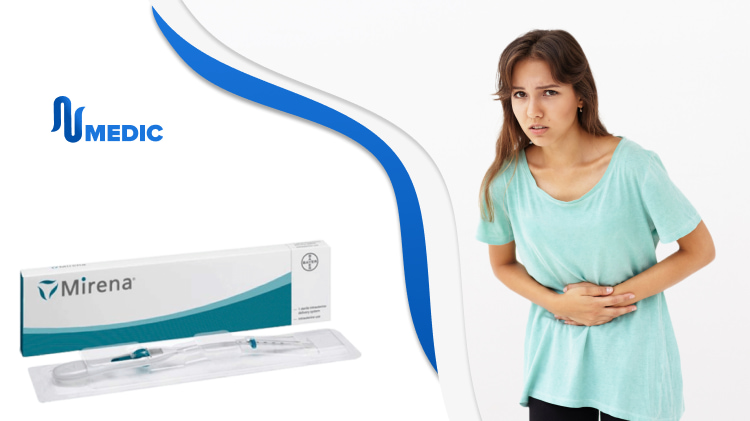 IUD Cramps: Why Do You Get Them and What to Do? 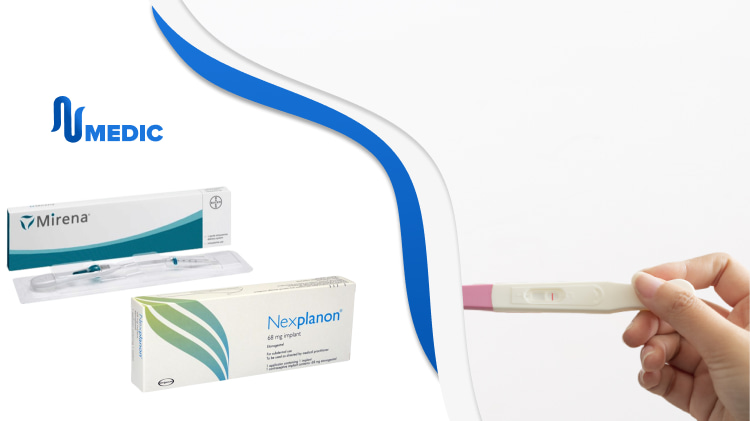 IUD vs. Implant: What Is the Difference?